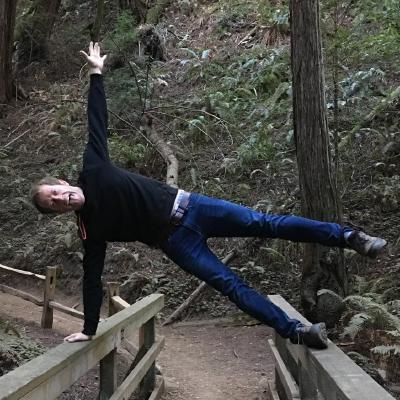 Some open source projects I have worked on (github1 / github2):

I made a number of contributions to the swift-models repository and some tweaks to the swift for tensorflow apis proper. I wrote a book using s4tf to do image recognition with convolutional neural networks.

I worked with Jeremy, Andrew, Sylvain and other fastai students to help improve CIFAR and Imagenet training.

I spoke at a systems panel, gave a presentation on neural networks, helped people with their projects, and drank a lot of caffeine.

Over the summer, Github sponsored a student from Singapore that I helped mentor who added tap prioritization to homebrew.

I am a former maintainer of homebrew, a unix package mananger for the mac.

I have made a few contributions to wikipedia, an online encyclopedia.

I did OCR, proofreading and helped publish over a dozen books with the Project Gutenberg Distributed Proofreaders.

An overview of computational optimization methods with applications to bioinformatics, written with some fellow graduate students at Mizzou.

I wrote a website and worked on some other internal projects as a research assistant for CIVA while at Mizzou.

My first feature length film, about a failed caper.

A website to display some of the three dozen short films I made during film school.